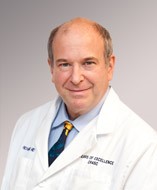 The Bone & Joint Center orthopaedic surgeon Dr. Richard Uhl has been highlighted as one of the Capital Region's Top 2015 Doctors. Specializing in hand and upper extremity as well as orthopaedic trauma, Dr. Uhl is board-certified by the American Board of Orthopaedic Surgery with a Certificate of Added Qualification in Hand Surgery. At Albany Medical College, Dr. Uhl is the residency program director, professor of surgery and head of the division of orthopaedic surgery. Dr. Uhl received a B.S. degree from Rensselaer Polytechnic Institute and an M.D. degree from Jefferson Medical College in Philadelphia.

The Bone & Joint Center would like to congratulate Dr. Richard Uhl for being chosen as one of the Capital Region's Top 2015 Doctors.

Mentioned In This Story